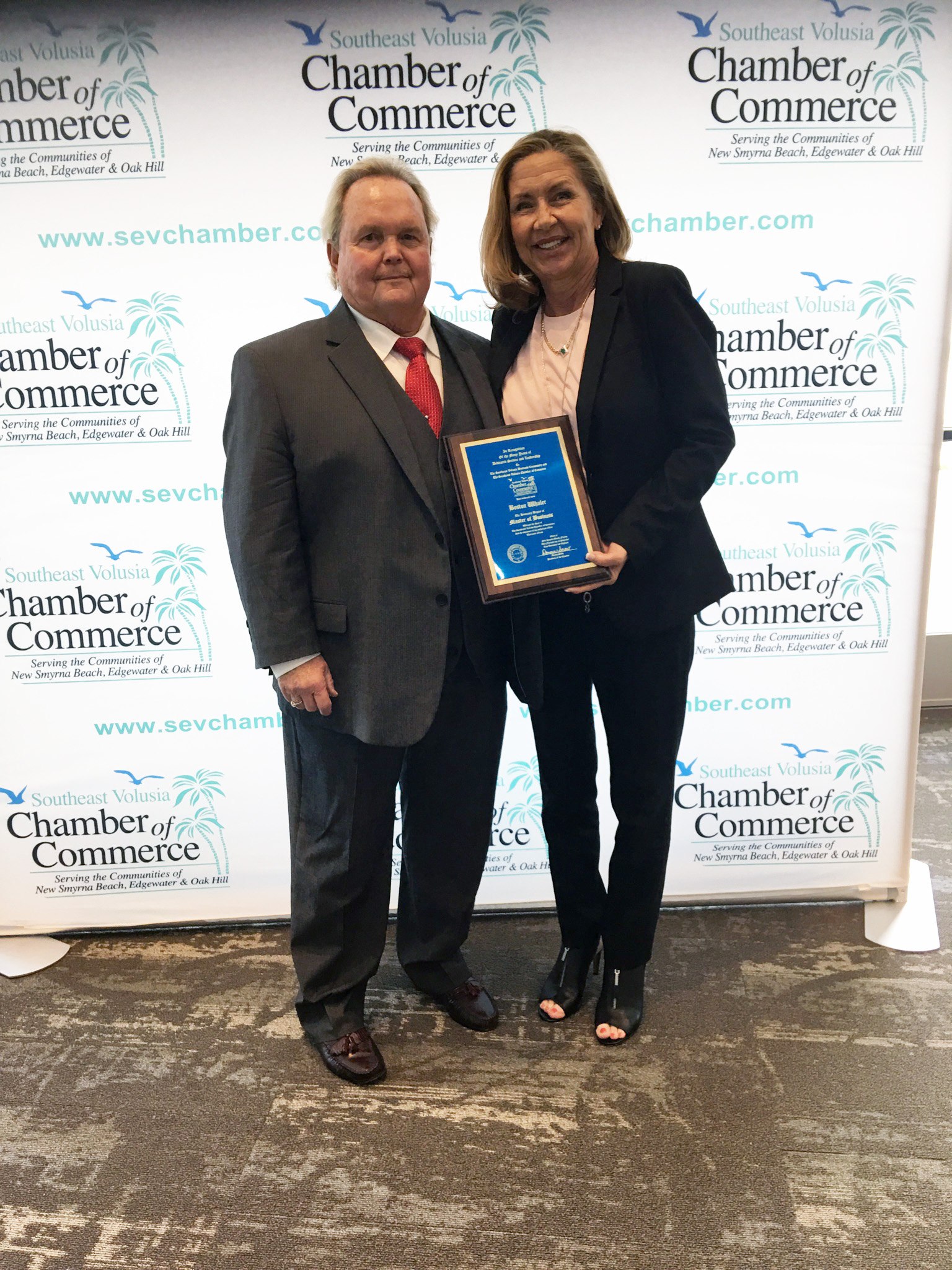 Boston Whaler has been awarded an Honorary Degree of Master of Business from the Southeast Volusia Chamber of Commerce. The company was nominated by the City of Edgewater in recognition of its many years of dedicated service and leadership in the community.

“We’re honored to receive this recognition,” said Boston Whaler VP of Strategic Engagement Rebecca Crews, a newly reelected member of the Chamber’s Board of Directors. “As a company, we pride ourselves on having a positive impact on the world around us. This degree is a credit to the many Boston Whaler employees who actively champion the spirit of community.”

During his presentation of the honorary degree, Mayor-Elect Mike Thomas said, “I do not usually read from a script, but Boston Whaler does so much for our community, I had to write some of it down so I would not forget. Boston Whaler is a great partner to the City of Edgewater.”

As Edgewater’s largest employer, Boston Whaler provides well-paying jobs to more than 1,050 area citizens. “Our success would not be possible without the support of our community,” said Crews. “We’re grateful for this affirmation of our efforts, and we look forward to continuing to give back.”

"We’re grateful for this affirmation of our efforts, and we look forward to continuing to give back."
About Boston Whaler: