French Conquest owner Jean-Luc Colombo relies on his Whaler to explore the Côte d’Azur and delight in the region’s food, wine, fishing and culture. 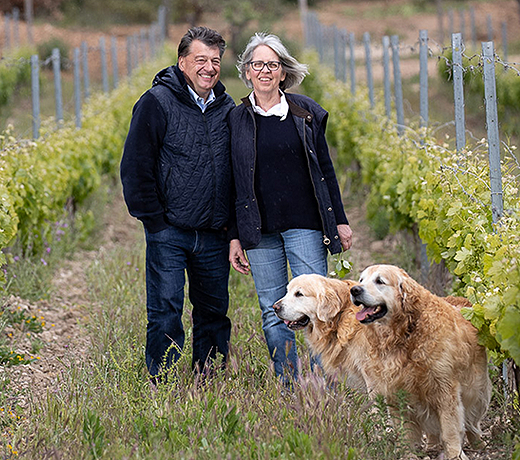 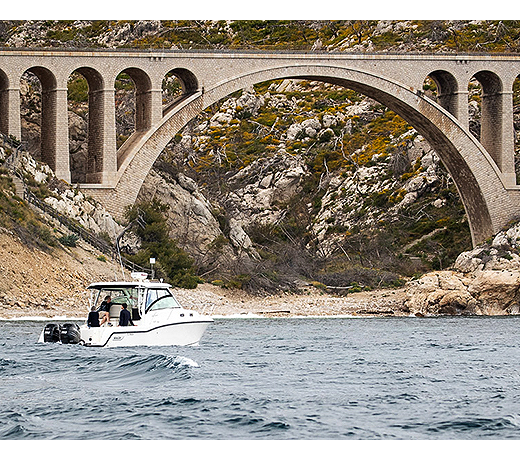 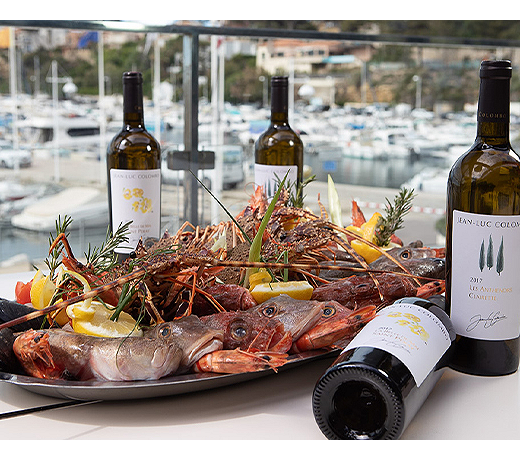 An appetite for the finer things can be a powerful motivating force. France native Jean-Luc Colombo has always been driven to pursue and savor the superlatives — a drive that runs the gamut from food and wine to boats and cars. His collection of Range Rovers is rivaled by his collection of vintage Boston Whalers, which began with the restoration of a 1988 25’ Revenge and has only grown from there.

Over the years, Jean-Luc has purchased most of his Whalers from Guillaume Mas at Mas Marine, a dealership in southern France with a proud 51-year history. More recently, he acquired a 315 Conquest, which he and his wife, Anne, use to explore the Mediterranean playground in their backyard.

Work keeps the Colombos from using the boat as frequently as they might like. Their wine business occupies center stage in their lives and tends to demand considerable attention… not that they’d have it any other way.

They first opened their wine laboratory, “Centre Oenologique des Côtes du Rhône,” in 1984, and rapidly developed a reputation for wine consulting throughout the region. Soon after, they began purchasing their own vineyards and in 1994 established their namesake label. Vin Jean-Luc Colombo produces wines from major appellations of the Rhône Valley, Languedoc and Provence.

Lifelong beekeepers and activists for the environment, Jean-Luc and Anne have adopted sustainable and organic practices for their vine-yards — including banning the use of pesticides and encouraging the biodiversity of their land. Along with grapes, they grow trees of apricots, olives and figs, as well as a vegetable garden.

Through their Bee Helpful Program, a portion of each bottle sold goes to entomology research. Both Jean-Luc and Anne have been awarded the French Legion of Honor, France’s highest civilian award, for their contributions to their country.

They’ve passed their love of food, wine, boating and nature to their daughter, Laure, who joined the family business in 2010 and today works as head winemaker. The bottles they release continue to receive critical acclaim, demonstrating the region’s capability to produce incredible grapes and, with the right hand at the helm, truly magnificent wines.

In a 2007 proﬁle, Wine Spectator noted, “It’s hard to imagine where the Rhône would be without [Jean-Luc], since he was among the first to travel outside the area and not only aggressively market his own wines, but also tell the story of the entire region.”

Raised in the seaside town of Carry-le-Rouet, Jean-Luc’s interest in boats came about naturally. He’s quick to attribute his interest in winemaking to his upbringing, as well: His mother was a talented chef and restaurateur, and she and his grandmother were passionate about promoting the culinary tradition of Marseille. His father, a surgeon, lent his own zeal for precision and excellence. Growing up in a household where “all we talked about was food,” the flavors of wine inevitably made their way into conversation.

He went on to study pharmaceuticals, eventually earning a pharmacy license and opening his own lab, which he found similar to winemaking in many ways. After discovering enology (the study of wine), he educated himself by reading classics like Le Gout du Vin and meeting with famed oenologist Michel Rolland, who he now calls a good friend. It wasn’t long before the pharmacy practice gave way to his new passion.

Another friend, Andre Tremblay, shares the Colombos’ interest in both boating and winemaking. Andre, originally from Canada, owns a smaller operation called Domaine Du Tix, which produces about 40,000 bottles a year. (Colombo, in comparison, makes upwards of 2 million bottles.)

When they’re not nose-deep in wine cultivation, the group loves to take the Conquest out for afternoon cruises with the Colombos’ loyal golden retrievers, Corton and Fitou, in tow. From their marina in Hyères, they have easy access to some of the world’s most spectac-ular boating scenery. On a given day, they can pass several quaint coastal downs tucked into the Calanques, a series of dramatic lime-stone cliffs and shimmering turquoise bays along the south of France.

Officially deemed a protected area in 2012, Calanques National Park spans more than 200 square miles of primarily marine area. Encompassing famous sites like the Calanque de Morgiou and Calanque de Port-Miou, the park is home to picturesque hiking trails and tiny, candy-colored harbors, some with sea kayaks for rent. Epic caves, accessible only by divers, hold prehistoric rock-art engravings that date back tens of thousands of years.

Needless to say, it makes for a prime tourist destination. If you’re not in a position to cruise by in your Whaler, the best time to visit is in May. Most of the roads leading into the Calanques are temporarily closed during the hottest summer months due to wildfire danger. For hardy (and SPF-wearing) hikers, though, the absence of cars only increases the appeal from June to September.

Hyères, for its part, is no slouch either. Wide avenues lined with palm trees lead from flower-laden hillsides down to sprawling sand beaches, weaving through a bustling town center on their way. Known as a winter destination for the well-to-do since the 1700s, Hyères offers numerous resorts and charming villas, both on the mainland and the offshore islands of Porquerolles, Port-Cros and Le Levant. Interesting side note for naturists: Aside from the harbor and the village square, it’s legal to walk around naked everywhere on Le Levant.

Further up the coast, just beyond the Calanques, lies the port city of Marseille. As the largest French city on the Mediterranean coast and the largest port for commerce, freight and cruise ships, Marseille’s economy and culture are as linked to the water as they were back in ancient Greek times.

The city’s Vieux Port (Old Port), which used to serve as a link be-tween the French Empire and the North African colonies of Algeria, Morocco and Tunisia, has since been replaced by the adjacent Port de la Joliette, which remains the region’s hub for commercial shipping. These days the Old Port contains restaurants, bars and hotels, and serves mostly as a private marina — not to mention a great place for the Colombos to cruise in and rent a slip.

The Old Port is also the site of Marseille’s iconic Fish Market, held each morning from 8AM to 1PM. A dozen or so stalls are run exclusively by fishermen and their family members, offering whatever the day’s catch brought in. (The local regulars seem to know exactly when to arrive for the best quality fish.)

Given the location, it’s no surprise that fishing would be a popular pastime among local boaters, Jean-Luc included. Though in recent years it has come under pressure from over-fishing, the Mediterranean still features an abundance of marine life and remains one of the most beautiful locations in the world for sport fishing. Dorado, bluefin, albacore, spearfish and marlin are all commonly caught, as well as shellfish and lobster.

The Colombos’ Boston Whaler Conquest has all the features to make deep-sea fishing a piece of cake. An insulated livewell keeps their bait healthy on the trip out; rod holders on the transom, racks under the gunnels and in the cabin keep their rods handy; and in-deck fishboxes protect their catches the whole way home.

Naturally, waterfront seafood restaurants are a favorite too. Jean-Luc and Anne are partial to Bouillabaisse, a traditional fish stew that originated in Marseille. Rich with Provençal herbs and spices, the stew typically features at least three kinds of fish, plus everything from mussels and crab to sea urchins, octopus and whatever else the chef may have on hand. In other words, a perfect platform for displaying the sea’s bounty. (Jean-Luc jokes that even pet goldfish are in the mix.)

Wherever they may roam, whichever delicious local fare and ac-companying wine are on the menu, the Colombos are committed to working hard at savoring it all… though Jean-Luc would be the last person to call it working. “You never really work when you do some-thing you love,” he says. “Once you retire, you die. I never plan to retire!”